Hilton Head Island is well known for its sandy beaches, good food, and great weather, but it is also home to a wide variety of historical treasures! From Native American shell rings to Civil War ruins, read on why you should visit to see the best Hilton Head historical sites. 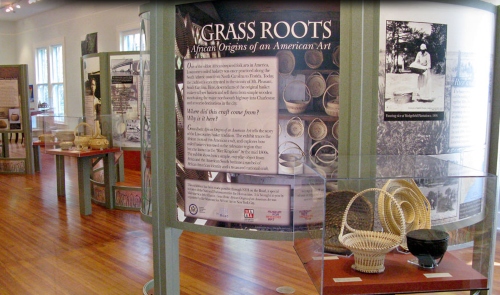 A one-of-kind museum where you can learn the fascinating history of the South Carolina Lowcountry. You can explore historic buildings on site, a heritage garden, ancient oak trees, and more.

Built by Revolutionary War hero Captain Jack Stoney in the early 1790s, the Stoney-Banyard house was an antebellum plantation house that played an important role during the Civil War. The estate was seized by Union troops in 1861 to be used as a local Union headquarters before eventually being burned during the Civil War.

The Plantation now serves as a place for spooky ghost tours and as a historical site due to the well preserved archaeological remains.

In 1862, Mitchelville was the first self-governed town of freed slaves in America. Now home to walking trails, annual holiday lights, and other events, the historical Gullah community played an important part in the Reconstruction era of Hilton Head.

Local Tip: For those who wish to dive even deeper into history, historic downtown Savannah, GA, is only one hour away from Hilton Head Island, making it ideal for a day trip.

Found on the Sea Pines Forest Preserve, the Sea Pines Shell Rings are the oldest known human artifacts on Hilton Head Island. Dating back 3,000 to 5,000 years, the Shell Ring measures 150 feet across and is linked to similar constructs along the southeast Atlantic coast.

During the Civil War, the Union army needed fortifications to establish Union holdings in the Southeast. The army built a string of semi-permanent earthwork forts to guard key areas and further the war effort. While they never saw action, they fulfilled their roles for the duration of the Civil War.  Both Fort Mitchell and Howell are well-preserved examples of these Civil War-era fortifications that are must-stops for fans of the time period.